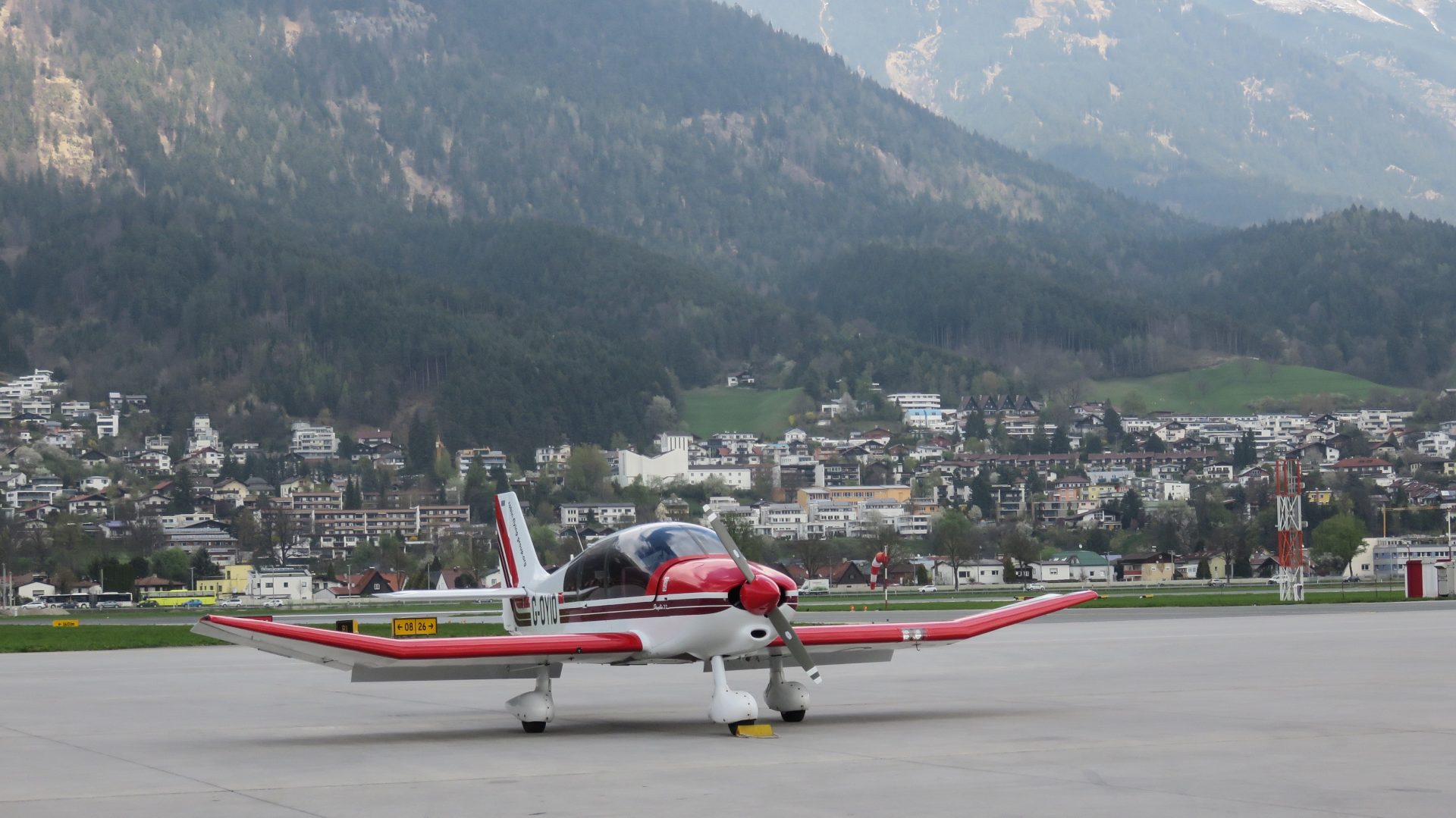 OK, so you have decided that you would like to learn to fly and perhaps had a trial flight which has stimulated or reinforced your enthusiasm.

How do you now decide which flying school would be best for you?

A natural choice to fall into might be to go with the school where you did your trial flight.  However, when you are about to embark on such a costly enterprise it must be prudent to investigate more closely to ensure the best choice for you – even if your trial flight was with us we would encourage you to look around!

So here are some thoughts on a selection process:

Unless going microlighting, the first rung on the flying ladder is the PPL or LAPL – see Courses

So, up to PPL level there is no difference in the training requirements (exactly the same exercises, exams, dual/solo flying and Skill Test).

You will, however find a wide range of quality and flavour through both ATOs and DTOs, so the choice should be a personal one and warrants careful research.  For instance, would you prefer a club type atmosphere mingling with other students and experienced pilots or prefer a more clinical environment where you just to turn up, have your lesson and go away again?

Where the weather is best may sound an odd criterion at first, but you will quickly learn that the weather dominates much of your training activity!  At whatever pace you choose to move your training forward, regularity and continuity are of vital importance.  Missing a succession of lessons because of low cloud or a waterlogged runway is frustrating and counter- productive, so it is worth doing some research into which airfields have the most number of days per annum suitable for student flying…

If at all possible, it is well worth choosing an airfield quick and easy for you to get to.  This makes the inevitable weather-aborted lessons less disruptive and puts you in a good position to react quickly to more positive opportunities.

A sound premise to start from is that no single airfield is perfect for all aspects of training!  A diversity of experience makes for a capable and competent pilot so any school that will not take you to several very different airfields during your training should perhaps be regarded with caution.

The choice of base airfield remains of great significance – do you fancy sharing an international airport with airliners or would you prefer to mix it with microlights, parachutists etc?

Equally significant is the degree of control at the airfield.  Would you prefer professional Air Traffic Control telling you what to do and where other aircraft are or, at the other extreme, would you prefer to do your own thing, simply announcing on the radio what you are doing?

The latter might sound enticing but will prepare you less well for visiting larger airfields and flying further afield or abroad once you have qualified.

Grass or tarmac?  Most light aircraft tolerate either happily, provided that grass is not too long or the soil soft, so a personal choice again, though there is an inevitable connection with the type of airfield – most international airports don’t have grass runways!

It is worth bearing in mind that most grass runways in the UK will almost inevitably be compromised at times by the weather and some suffer periods of closure precluding training altogether.

A school with a good view of the runway and its approaches offers the significant advantage of enabling the student to learn from other people’s flying as a spectator!  With this good view and, perhaps, a hand-held radio to listen to radio communications, a lot can be learned…

The advantages of really easy access to the school’s aircraft close by are often overlooked until you have trudged hundreds of metres across a cold and windswept airfield to get to the aircraft – only to find that you have left something vital behind!

Similarly, it is a useful bonus if the school is as close as possible to where its aircraft are maintained, enabling the most prompt attention to any maintenance issues

Instructors are the second most important ingredient of any flying school – second only to the students.  Without students, there would be no need for instructors, so every student should be entitled to the instructor’s full attention and best efforts, a principle which all instructors would do well to bear in mind!

This will, of course, come entirely naturally to the dedicated long-term professional instructor but may elude those instructing so as to log flying hours at someone else’s expense, perhaps towards a career as an airline pilot.

Many students seem initially to see their instructor as some kind of demi-god with special powers to tame the aeronautical beast, but sooner or later come to see that the reality is more prosaic!  As in any walk of life, the capabilities and quality of instructors vary enormously – not necessarily in proportion to their flying hours logged…

To be of maximum help to the student, the instructor needs not just to be a capable pilot but to have excellent teaching skills, supreme patience and a friendly, encouraging manner.  A sense of humour can be a great help too!  Beyond those capabilities, what really marks out the excellent instructor is diversity of experience – in both breadth and depth.

Flying with a really good instructor will vastly facilitate the learning process, make it far more pleasurable and prepare you well for life beyond getting your licence.

Self-evident as it should be that good reliable aircraft are vital for effective and uninterrupted training, this is an area where many schools get tempted into short-term economies.  With training aircraft values as wide apart as £10,000 to over £100,000 each, the temptation is obvious…

For dependable continuity of its training and some flexibility, a school needs an element of interchangeability between its aircraft –  probably requiring 2 or 3 of the same type to keep the show on the road reliably and provide for time out for routine maintenance, contingencies etc..

In the same vein, mixed fleets with a number of aircraft types from different manufacturers can provide additional maintenance headaches which may filter down to cancelled or aborted lessons without the ability to substitute an identical aircraft at short notice.

Some schools seem determined to convince themselves that there is nothing wrong with training aircraft being tatty outside and battered, damp and smelly inside.  That is often perceived (or at least promoted) as the norm – sometimes supported by the myth that such aircraft are nonetheless impeccably maintained.

Most people faced with the prospect of hiring a car in such a state would reject it instantly – so why should a student tolerate it when paying far more to hire an aeroplane?

Before committing to training at a flying school it would be sensible to enquire where its aircraft are maintained as this may have a significant impact on availability and so the reliability and continuity of training.

In-house maintained aircraft should be able to count on immediate attention/rectification of any problem, but aircraft maintained the other side of an airfield (or, worse still, at a different airfield altogether)  may be out of service much longer.  Where the school does not actually own the maintenance facility, its aircraft may have to join the queue for attention behind other customers.

Cost will be of concern to almost everyone, but to concentrate myopically on low cost invites potential frustration and disappointment, if not disaster.  The flying training market is highly competitive and ultimately there is not nearly as much variation in cost to the student as there is in training diversity, flavour and quality.

Schools appearing to buck the trend by offering very low hourly charges are likely either not to be giving the true picture (e.g. quoting their prices ex-VAT, or relying on inflated landing fees or “extras”) – or else to have a short future!   If it looks too good to be true…

Before parting with money you will want to be confident that your chosen flying school will still be around at least until the completion of your training!

We hope that these ideas may help you towards a happy and satisfactory choice of school for what should be a hugely enjoyable and rewarding experience.   Hopefully, they will at least encourage you to look into potential schools carefully and to visit several to get a valid comparison.

Unsubstantiated testimonials or favourable comments on social media should be treated with extreme caution!  Once you have narrowed down your search to a single school, it would be reasonable and far more useful to ask the school to put you in touch with some of their current or recent students so that you can talk to them directly.

A final suggestion is never to pay for a full flying course “up front” – at least until you have done enough flying with the school to satisfy yourself that all aspects of it suit you.